Good ganja, I hate traveling. Can’t stand being stuck for hours in an uncomfortable seat unable to smoke, or the look of utter confusion on the faces of most people, AKA the Great Unstoned, as they attempt to figure out where they’re going, and how to get there. Don’t even get me started on the Booking Process, dirty toilets, overpriced water and bad food. To cope I get stoned.

“I have no idea,” says the clerk at the bus station when I ask about a connecting bus to Malaga. My ten-hour journey from Cadiz to Barcelona will involve one train and four buses due to a problem with the train line, an unwelcome detour. My local bus station in a small coastal town is mostly closed and its service appears designed to maximise inconvenience for any passenger going further than the next closest town 20 miles away. I’m going hundreds.

On the morning of travelling, I can’t shake the feeling I’m forgetting something, and do a mental checklist before leaving: passport, phone, purse, yes; what am I forgetting? At the local station, I smoke a joint on a nearby bench to prepare for the journey. In front of me a woman struggles to get her bag off a bus but I can only see the morning sun glistening on the Atlantic.

At bus station number two, I stand in a queue for twenty minutes to find out the bus trip will take three hours. I avoid the greasy omelet and cheap pastries in the café, have a mint tea with some homemade bread instead. Then duck round the back of the station for a spliff. Generally, bus stations are crawling with security and distance between it and the smell of cannabis is advisable. That said alone and minding my own business, I’ve never been bothered while smoking a joint in a public place. Never.

By the time I board the bus, the endless blue of the Mediterranean and my book are enough to distract me for the first two hours. The last hour is torture, never-ending. The doubt is back: what am I forgetting? I do another mental list: keys, bank card, edibles, yes; what could it be? I want to check my train ticket but the detour forced me to book by phone. The ticket is on my phone. I can’t get online. I can’t see it. I’ve never used this system before. I’m nervous. What could it be?

I get to Malaga grateful I have an hour to spare so I can find the train station and figure out how to check in with a phone ticket. I get to the security gate, log online to retrieve my ticket, and realise what it is that I forgot: to check the train time. I’m late. Two hours late. WTF? No way! How? What? The calm security officer tells me to go to the office. I trudge off in shock, and worried the bag of edibles – more than 50 canna-chocolate cups – I’ve made for a friend’s party are going to melt by the time I get there.

I pile into the ticket office, sweating, dragging my bag, explaining my woe. The sales agent sits behind a big desk with a computer and a phone on it in a room with two more agents who have identical desks. He has a greasy schoolboy haircut, an angry zit on the side of his nose, and a look of zero tolerance in his beady eyes. Unspeaking, he takes my ticket, turns to his screen, and taps for five minutes. His disaffected expression does not waver. He books me on a train first thing the next morning.

“If you loose this ticket, there’s nothing we can do to help you,” is the only thing he says to me. Meanwhile, I have to find somewhere to spend the night. Because my feet are screaming, the sales patter of the receptionist in the first hostel I find easily seduces me, though I do snag a discount. The room is at the end of a warren-like corridor that reminds me of a dream I once had.

Each room has a door plague engraved with the name of a Spanish province: Almeria, Huelva, Murcia, Cordoba, and Malaga. My room is Cadiz. I’ve ended up back where I started. But the room is cozy, with a hot shower, a window and an ashtray, meaning I can smoke. Good ganja, I can smoke. Small pleasures like these make traveling bearable.

The next morning, I make it on time for the train, and settle into my aisle seat to pass the six-hour trip catching up on some writing. About two hours from my destination, I start talking to two other smokers, one man, one woman, who, like me, are hopping out at the stops for a quick cig. We talk about house prices and politics till I mention cannabis. Then, everything changes.

The man, it turns out, used to own a cannabis club. He got out of the business because of problems with his partners. He assures me all the clubs in the city are corrupt. The woman, a few years older than me and a stoner for longer, is on her way to her local club for a smoke. We banter like old friends, swapping weed stories and phone numbers. Somewhere to sit down and smoke is that only that could have made the moment better. When fellow passengers hear what we’re talking about, they smile.

As we get off the train, the man hands me a gram of Tangie that the woman and I smoke on a wall across the road from the station in a skate park with the sun shining on our faces. We both agree that at the end of a long journey, every traveler should have a moment like this, or even better, travel high.

I made it safely to my destination. Half of the edibles were not so lucky. The rest were very much enjoyed.

2 thoughts on “If You Want to Travel in Style, Travel High” 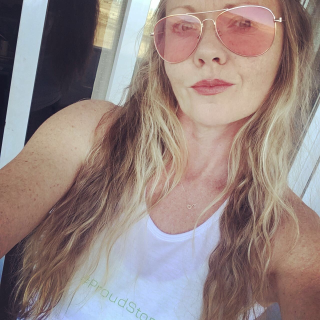